In the last five or so years Adult Coloring books have come on the market. They consist of high quality pictures of flowers, vases, plants, etc. Small symbols are sometimes used to form the picture to be colored, the pictures may appear free of any esoteric or occultic association. Not so fast! Very small symbols such as the sun sitting in a moon crescent may be used to form the large picture, or the large picture may be disguised in such a manner to appear as flowers in a vase, however formed in such a way to represent Pagan gods of fertility. These books are often presenting “mandalas” which are symbols representing the concept of the cosmos as the macrocosm and man as the microcosm. There may be some of the books without any objectionable figures.

If I color a symbol that is an age old symbol fitting into the Eastern pantheistic dogma, yet I am unaware of its hidden meaning does it have any influence on me? I have read of people deciding to do coloring instead of attending church, eventually church slipped by the way side. The influence is imperceptible yet it is there. Beware. 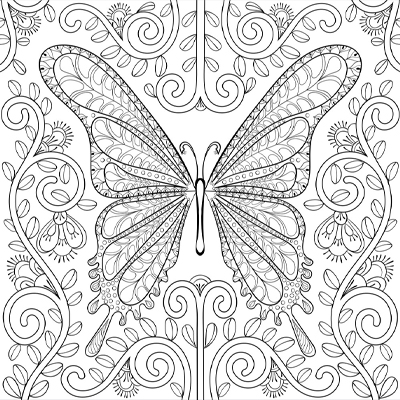