The purpose of this chapter is not to make a diagnosis and treatment but to show that cardiovascular diseases are lifestyle related and can be prevented and often treated by making correct lifestyle changes. The pictures shall help the non-medical person understand the mechanism of arterial obstruction and infarct. 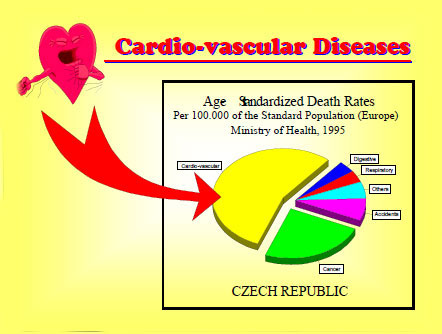 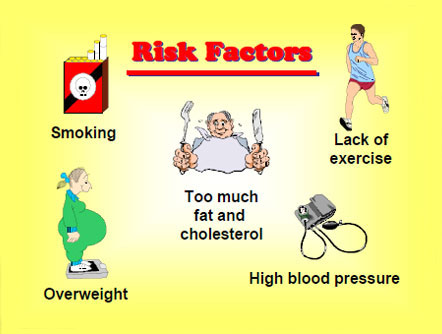 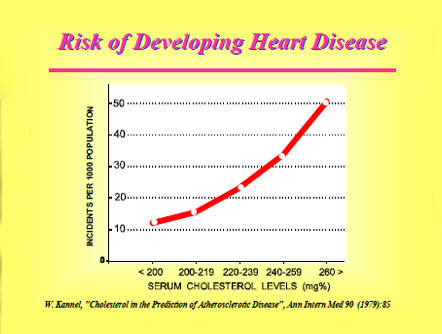 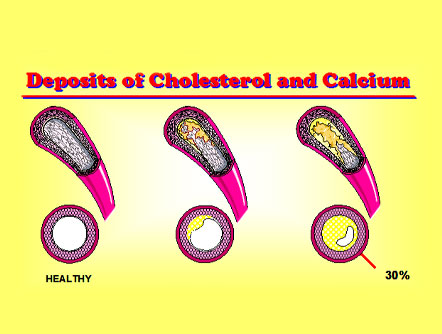 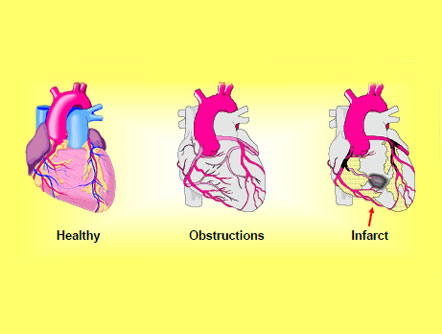 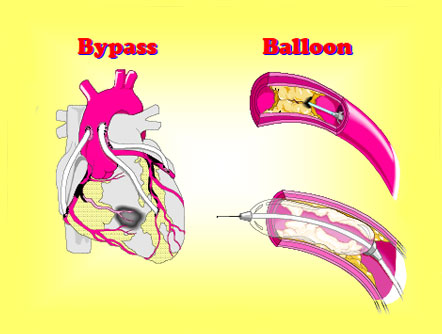 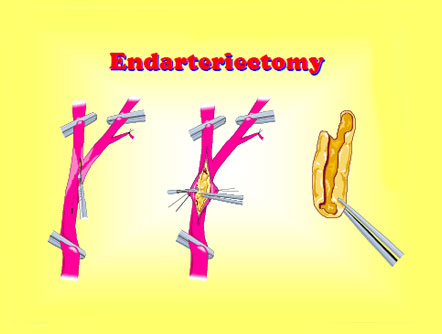 The heart pumps the life-giving liquid, called “blood”, to all the organs and tissues of the body, day and night, during summer and wintertime, without vacation. What an amazing work!

About half of all deaths in developed countries are due to cardiovascular diseases (see the yellow piece of pie). They are the result of obstruction of the arteries either by accumulations of cholesterol and calcium or thrombosis (or both).

“The ‘lag-time’ effect of risk factors for CVD [cardiovascular disease] means that present mortality rates are the consequence of previous exposure to behavioral risk factors such as inappropriate nutrition, insufficient physical activity and increased tobacco consumption. Overweight, central obesity, high blood pressure, dyslipidaemia, diabetes and low cardio-respiratory fitness are among the biological factors contributing principally to increased risk. Unhealthy dietary practices include the high consumption of saturated fats, salt and refined carbohydrates, as well as low consumption of fruits and vegetables, and these tend to cluster together.” (Diet, Nutrition, and the Prevention of Chronic Diseases, WHO, 2003, p. 81)

“Studies in rural parts of China indicate an average total cholesterol level of 3.24 mmol/l (125 mg/dl) and this population has an incidence of CHD of only 4% of that observed in Great Britain.” (Diet, Nutrition, and the Prevention of Chronic Diseases, WHO, 1990, p. 55)

When cholesterol and calcium accumulate in the arteries the lumen gets smaller and less blood carrying oxygen can reach the tissues. At first the individual does not notice any difficulty. The symptoms begin when the disease is so advanced that the lumen has only 30% left.

In many tissues and organs the blood vessels form a network so that the blood can bypass the obstruction. However, in the heart muscle this does not occur. The tissue that receives insufficient oxygen supply hurts. This “obstructive” pain is called “angina”. When the oxygen supply is very low the affected tissue dies. This is called an “infarct”. Often the first symptom is sudden death!

If the obstruction is not too severe, a balloon angioplasty may be sufficient to open the arterial lumen without major surgery. However, dietary and other lifestyle changes are imperative to secure lasting results.

In more severe cases an open heart surgery may be needed to create bypasses from the aorta to the damaged tissue. These are major surgeries!

The obstruction may also affect large arteries, especially at the neck and thighs. The hard, calcified material can be taken out by opening the artery as seen in the picture. This surgery is called an endarteriectomy. As said above, dietary and other lifestyle changes are necessary to secure lasting results. The best way to do this is by participating as an inpatient in a cardiac reconditioning program based on the NEWSTART® method (see also at the end of the chapter on diabetes). A vegetarian diet and a regular exercise are crucial components of such program.

Dietary changes may produce significant changes in blood levels of glucose, cholesterol and triglycerides after two or three weeks, but the organic lesions on the arteries may take several months to show measurable improvements. This can easily been understood when considering the fact that it took one or two decades to develop them.

“A substantial amount of epidemiological and clinical data indicates that a high intake of plant foods and complex carbohydrates is associated with a reduced risk of several chronic diseases, especially coronary heart disease, certain cancers, hypertension, and diabetes.” (Diet, Nutrition, and the Prevention of Chronic Diseases, WHO, 1990, p. 99)

“Population subgroups consuming diets rich in plant foods have lower CHD [coronary heart disease] rates than the general population. For example, Seventh-day Adventists in the Netherlands and Norway have CHD rates that are one-third to one-half of those in the general population. Californian Seventh-day Adventists who eat meat have higher rates than do those who are vegetarians, and British vegetarians have a 30% lower rate of CHD mortality than non-vegetarians once an allowance is made for their low rates of cigarette smoking. Serum cholesterol levels among vegetarians are significantly lower than among lacto-ovo-vegetarians and non-vegetarians.” (Diet, Nutrition, and the Prevention of Chronic Diseases, WHO, 1990, p. 57) 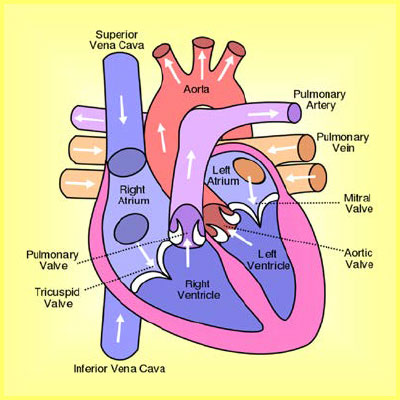 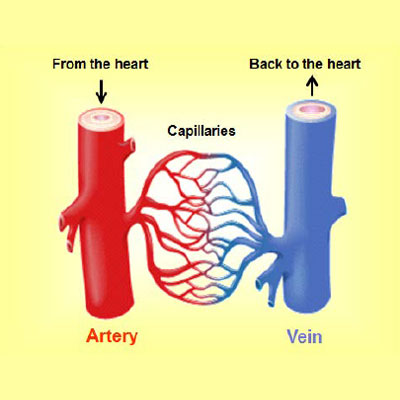 What about “high blood pressure” (hypertension)?

According to the WHO, “In 2008, worldwide, approximately 40% of adults aged 25 and above had been diagnosed with hypertension”. (WHO, A Global Brief of Hypertension: Silent Killer, Global Public Health Crisis, Geneva, Switzerland, WHO Press, 2013)

Let’s first review some of the anatomy and physiology of the circulatory system to better understand this matter.

The heart is a hollow muscle. When it contracts (systole) the blood is squeezed out. In order to maintain the flow only in the forward direction there are valves that impair the reflux. The blood is pressed into the large arteries that have an elastic layer. The brusque dilatation of these arteries is felt as a pulsation. After the pressure is over, (in the diastolic phase) these arteries return to their previous state due to their elasticity. The medium sized and smaller arteries have also a well-developed muscular layer which allows regulating the lumen of these vessels. You must understand that the total capacity of the vascular system (all arteries and veins together) is much larger than the amount of blood available. These muscles function like faucets regulating the amount of blood going to the different organs: active organs receive more blood and resting organs receive less. Our Creator has designed a very efficient and economic system!

This explains why there should not be a strenuous physical/muscular activity like running or hard work (even mental work) immediately after taking a meal. Because more blood is needed for the muscles, the digestive organs (or the brain) will receive less. Besides of that, these functions (muscular activity and digestion) are regulated by two antagonistic nervous systems, the sympathetic and the parasympathetic.

Not only the lumen of the vascular system is adjusted according to the needs, but also the pulse rate speeds up and the arterial blood pressure increases during active exercise or stress, allowing the person either “to fight or to flight”.

What is the meaning of the HIGH / LOW numbers of the blood pressure?

Hypertension often passes unnoticed during many years because it does not produce any pain until its harmful consequences become manifest. With good reason it has been called “the silent killer”. It is therefore recommended that even considered “healthy” individuals have their blood pressure checked at least once a year before it gets fully blown. The values should not be higher than 120/80 mmHg. A diastolic pressure of 70 or 60 mmHg would be even better. 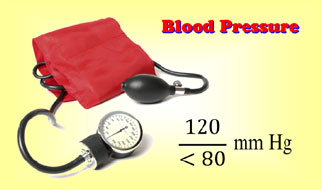 The lower number or diastolic pressure represents the remaining pressure inside the arterial vessels during the relaxing phase of the heart cycle.

The good news is that most cases of hypertension can be reversed and sometimes normalized by making consistent lifestyle changes. This includes all NEWSTART factors: Nutrition (best if it would be totally plant based); regular moderate exercise (especially walking); drinking plenty of pure water (juices do not have the same effect), prudential exposing to sunshine as possible; being temperant in all aspects (avoiding harmful substances like coffee, smoking, and similar); breathing plenty fresh air; having regular rest; and last but not least, trusting in our loving Father in heaven. Several studies have shown that an active religious life can significantly reduce elevated blood pressure.

Notice that these factors are the same that promote longevity, strengthen the immune system, and also help to prevent other lifestyle diseases like diabetes, obesity and depression. Without any doubt, your life quality will greatly improve!

With all this positive outlook, however, it is important that a person who is already taking blood pressure lowering medications, should not discontinue them without medical supervision!

Statistics gathered from the Adventist Health Study, a massive research Project of the Loma Linda University (www.llu.edu/llu/health), showed that healthy people who drank five or more glasses of water per day had only half of the risk of coronary heart disease (CHD) compared with those who drank only two glasses of water per day. People who replaced some of the water by other fluids, such as fruit juice, milk, or soda did not have the same protection. In fact, their risk was even higher. (American Journal of Epidemiology, Vol. 155, No. 9, 2002)