Satan has long been preparing for his final effort to deceive the world. The foundation of his work was laid by the assurance given to Eve in Eden:

Ye shall not surely die… in the day ye eat thereof, then your eyes will be opened, and ye shall be as gods, knowing good and evil. (Genesis: 3:4, 5).

Little by little he has prepared the way for his masterpiece of de­ception in the development of spiritualism. Spiritualism leads, by word and practice, to the belief in immortality (a spirit life after death), and it often involves communication with the spirit world. Satan has not yet reached the full accomplishment of his designs; but it will be reached in the last remnant of time. Says the prophet John:

I saw three unclean spirits like frogs…they are the spirits of dev­ils, working miracles, which go forth unto the kings of the earth and of the whole world, to gather them to the battle of that great day of God Almighty. (Revelation. 16:13, 14).

Except those who are kept by the power of God, through faith  in His word, the whole world will be swept into the ranks of this delusion. The people are fast being lulled to a fatal security, to be awakened only by the outpouring of the wrath of God. 1) White, E.G., The Great Controversy, op. cit., p. 561-562.

As we turn our attention to the advancement of spiritualism into the field of health and healing, let us look again to God’s messenger, Ellen White, for guidance in appraising various treatment methods. Those who have been persuaded by apparent achievement of the false sciences will praise them and point out the apparent good they have ac­complished, yet without understanding the power that is behind these sciences and the extent of deception.

… but it is a power which will yet work with all signs and lying wonders–with all deceivableness of unrighteousness. Mark the influence of these sciences, dear reader, for the conflict between Christ and Satan is not yet ended. 2) White E.G., Mind, Character, Personality, Vol. 2, Southern Pub. Assn., Nashville, TN, (1958), p. 712.

Ellen White spoke of three popular therapies of her day, warning of their connection to spiritualism, that of phrenology, psychology, and mesmerism. Let us take a brief glimpse at the first of-these mind cure therapeutic methods, that of phrenology.

Phrenology emerged in the 1800’s and taught that by feeling the shape of the skull, a person could determine the character and personal­ity of an individual. Phrenology also included mind therapy, by pressure placed on certain areas of the skull it was believed that the personality traits and mental makeup could be changed. It was a pseudoscience that taught phrenology as psychological insight and self-knowledge, all originating from within. It contributed to the popular psychology of the nineteenth century and functioned in the same way as psychoanalysis permeated psychology of today. In the mid-later 1800’s phrenology in the USA became part of a counter-culture movement as distinguished by new dress styles, communes, mesmerism (hypnotism), and reviv­al of herbal remedies. It did not make successful inroads into regular medical thought. (See encyclopedia—phrenology).

In the 1800’s and early 1900’s, the term, “psychology”, had a somewhat different meaning than it does today. Noah’s 1828 dictionary defines it thus: n. [gr. Soul, and discourse.] A discourse or treatise on the human soul. Or the doctrine of the nature of the soul. 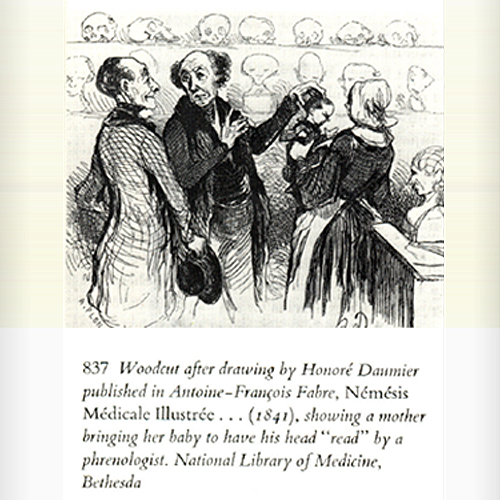 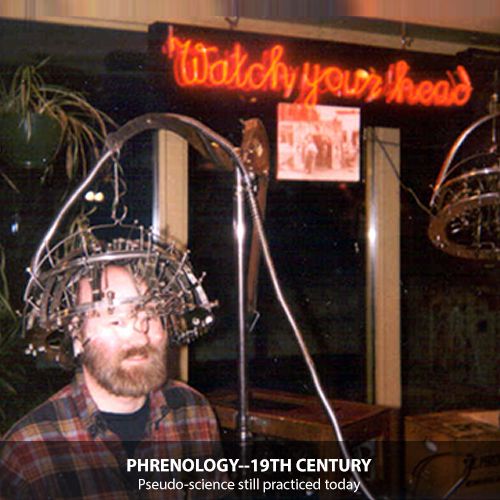 Popular psychologist of the 1800’s and early 1900’s presented a theory of the “subconscious mind” and focused inward to self-love, self-acceptance, self-improvement, self-worth, self-esteem, self, self, etc., and based their therapeutic methods upon this foundation. Some of the more influential psychologists were believers in the occult and had connection with spirits. Jung had a spirit guide by the name of Philemon. Their “mind cure” theory was to look within our minds to find solutions to life stresses and problems, rather than pointing them to the greatest healer of the mind—Jesus Christ the Divine Son of God. These psychologists, some of who were connected to the spirit world, might use mind altering methods, such as hypnosis, including cocaine, in analysis and therapy to their patients.

Today, psychology is generally considered a science of the mind and human behavior, and has gained some understanding of mental pro­cesses, yet it suffers from a solid standard which allows many theories and approaches to mind cure. It is often practiced in a way that presents the same dangers as in the past. (See chapter 19— Psychology)

Mesmerism referred to a therapeutic approach to health that was patterned after the teachings of a Dr. Mesmer who lived in the late 1700’s and early 1800’s. He was a graduate of the Medical School of Vienna. He was also an astrologer and believed in the association and sympathy of the cosmos, earth, and man. He started his medical practice, after graduation from medical school, by using magnets in an attempt to treat disease. This was an ancient practice that repeatedly, over many centuries came and left the field of medicine. Eventually he found that by just placing his hands over a body, he could get the same response that he did with magnets. This practice evolved into what is now known as hypnotism. In many encyclopedias, Mesmer is called the father of hypnotism, a method of mind cure. Mrs. White gave strong warnings against its use.

This entering in of Satan through the sciences is well devised. Through the channel of phrenology, psychology, and mesmer­ism, he comes more directly to the people of this generation and works with that power which is to characterize his efforts near the close of probation. The minds of thousands have thus been poisoned and led into infidelity. 3) Ibid., p. 711..

We have reached the perils of the last days, when some, yes, many, ‘shall depart from the faith, giving heed to seducing spirits and doctrines of devils.’ Be cautious in regard to what you read and how you hear. Take not a particle of interest in spiritualistic theories. Satan is waiting to steal a march upon everyone who al­lows himself to be deceived by his hypnotism. He begins to exert his power over them just as soon as they begin to investigate his theories. 4) Ibid., p. 718..

John, in the Biblical book of Revelation, chapter sixteen, has warned us that spirits of demons will be the method and power by which the world will be brought together to place all men under one system (Satan’s), at the end of time. John also points out that there will be another very small group that will not accept the control by this spiritistic power, and they keep the commandments of God and have the faith of Jesus.

Phrenology was established upon the hypothesis that pressure to areas of the skull would alter the function of the brain and personality. Diagnosis was done by feeling the skull’s shape and in turn therapy for the mind, personality, and char­acter was performed by applying pressure to speciﬁc areas of the skull. Large hoods were used to cover the head and contained adjustable pro­trusions (which could be screwed in or out to different lengths) and when worn, applied pressure to selected points on the head for “mind-cure” treatment.

Misuse of Sciences Pertaining to the Mind.—in these days when skepticism and infidelity so often appear in a scientific garb, we need to be guarded on every hand. Through this means our great adversary is deceiving thousands and leading them captive ac­cording to his will. The advantage he takes of the sciences, sci­ences which pertain to the human mind, is tremendous. Here ser­pent like, he imperceptibly creeps in to corrupt the work of God.

This entering in of Satan through the sciences is well devised. Through the channel of phrenology, psychology, and mesmer­ism he comes more directly to the people of this generation and works with that power which is to characterize his effort near the close of probation. The minds of thousands have thus been poisoned and led into infidelity. 5) White, E.G., Mind, Charactier, and Personality Vol. 2, Southern Publishing Assoc. Nashville, TN p. 19.

Thousands, I was shown, have been spoiled through the philoso­phy of phrenology and animal magnetism, (hypnotism, autogenic training, biofeedback), and have been driven into infidelity. If the mind commences to run in this channel, it is almost sure to lose its balance and be controlled by a demon. 6) White, E.G., Testimonies Vol. I; Pacific Press Publishing Assn., Mt. View, CA, (1948), p. 297.

Some will be tempted to receive these wonders as from God. The sick will be healed before us. Miracles will be performed in our sight. Are we prepared for the trial which awaits us when the ly­ing wonders of Satan shall be more fully exhibited? …We must all now seek to arm ourselves for the contest in which we must soon engage. Faith in God’s Word, prayerfully studied and prac­tically applied, will be our shield from Satan’s power and will bring us off conquerors through the blood of Christ. 7) Ibid., p. 302.

The purpose and goal of this article has been to search for seeds of spiritualism in the field of phrenology and/or psychology as mind cure. This study was initiated because of statements by the author E.G. White naming phre­nology, mesmerism (hypnotism), and psychology as laying the founda­tion for spiritualism. This statement is made several times in her writ­ings. This search proceeded guided by definitions of spiritualism as understood by Ellen White, which are: man’s consciousness in death, (immortality); spirits of dead return to minister to the living; no dif­ference between righteousness and sin; man will judge himself; men are unfallen demigods (divine within, pantheism); Theosophy prin­ciples, theory of animal magnetism (which includes universal energy, universal mind, divine mind, Self and or Divine Self, consciousness, unconscious, all synonyms

This entering in of Satan through the sciences is well devised. Through the channel of phrenology, psychology, and mesmer­ism, he comes more directly to the people of this generation, and works with that power which is to characterize his efforts near the close of probation. The minds of thousands have thus been poisoned, and led into infidelity. While it is believed that one human mind so wonderfully affects another, Satan, who is ready to press every advantage, insinuates himself, and works on the right hand and on the left. And while those who are devoted to these sciences laud them to the heavens because of the great and good works which they affirm are wrought by them, they little know what a power for evil they are cherishing; but it is a power which will yet work with all signs and lying wonders–with all deceivableness of unrighteousness. Mark the influence of these sciences, dear reader, for the conflict between Christ and Satan is not yet ended. . . . 8) White, E.G., 2 Selected Messages, Review and Herald Publishing Associa­tion, Washington D.C., (1958), p. 351. (Emphasis added)