Following the recent distribution of the article “What is Grounding?” to the Health and Spirituality Research Network a question came from a member of the network asking if “earthing” was the same as “grounding.” This individual had a book which proclaimed benefits from soil contact, like bare feet contact. Further comments were that this advice may well be in harmony with E.G. White’s writings. A copy of a letter written in 1978 by D.A. Delafield, Undersecretary of the EGW Estates to a person who had inquired of the Estate concerning electricity and use of a pendulum was shared. Here is a sentence on the letter that gave rise to the inquiry of potential beneficial effects of bare feet contact with soil and or receiving electrical current from the soil.

“In other places she (EGW) speaks about the benefits of thought and contact with the soil as having ability to impart electrical impulses and the resulting energy and life.” No reference is given.

Certainly this comment would leave an impression that there was harmony with the position of EGW and the present day popularity of grounding or earthing. The question submitted by the Network member on “earthing” is relevant. A few years past a person conducting a seminar at a camp meeting was leading people to remove their shoes and go barefoot to receive the earth’s energy for health benefits. Shortly afterward I was invited to present a week end seminar to bring clarity out of confusion caused by what had been presented at the camp meeting as “truth.”

The words “earthing” and “grounding” are synonyms and are used that way in some of the informational material I reviewed that was promoting the practice.

For those who are new to the subject of spiritualism in health and healing let me share several points that will help avoid confusion on what your read or hear. Comments made by proponents of spiritualistic healing practices may well say 1) “its substantiated by science;” usually it is not so. If said frequently enough in their writings it becomes “fact,” as has the subject of evolution. 2) Language may use a vocabulary you understand one way and their intent and meaning is something quite apart from your interpretation. Such as “divine” or “God” wherein we vision a living being yet the pantheist is contemplating a “force” or “power.” 3) In more than 40 years of researching the subject of spiritualism in healing I have never heard or read of someone’s theory, no matter how bizarre it is, to be questioned. Anyone’s interpretation seems to be accepted as fact. Do not expect a hypothesis’s to be challenged from any of their worldview . 4) “Intuition” (clairvoyance) supersedes science. One book with title “Vibrational Medicine” by Richard Gerber M.D., makes the statement that most of the books content was received via spirit. 5) There are times when true physical science is mixed with the hypothetical dogma of pantheism so deceptively and it is hard for the well-informed in science to detect error and near impossible for those not schooled in the sciences.

I reviewed the writings of EGW for many words such as electrical, electricity, magnetism, magnetic, clairvoyant, mind cure, etc. and I did not find any quotation to support the concept that contact with soil would draw energy out of the earth into our body. It is my surmising that D. A. Delafield was referring to some comment made about physical activity such as garden work would increase and energize brain function. This way the power would be generated by the brain not drawn out of the earth/mother goddess earth.

My understanding of the synonyms’ earthing / grounding teachings is that they are a part of the New-Age/neo-pagan pantheistic dogma and the proclaimed power from the soil is the chi, prana, mana, universal energy, life force, “god” to the pantheistic worldview.

But there is also grounding/earthing being promoted using standard grounding techniques and concepts used in the electrical trades. In reviewing those promoting these practices it was apparent that the true would eventually be mixed with pantheistic doctrine. With such mixture the spiritual danger is magnified. Through the 70 or so years that God delivered messages to Ellen White and with many messages on health and lifestyle, I could not find any advice directing a practice of going without shoes to connect with the earth. If anyone knows of such a quote, please share.

I asked Jim Brackett to comment on the question of Earthing and Grounding from a physicist view point. Jim was for years an instructor in physics; he is an ordained minister, was director of ministerial department for a conference and was in administrative positions at Weimar. He has a master’s degree in physics and in public health.

Yes, I am unaware of any “earth electricity” statements by Ellen White. The “earthing” by the new age thinking has mystical underpinnings, but to convince them that the idea is unsupported by science will be difficult. They believe that electrons flow into the body if one is barefoot and that the “energy” from these electrons promotes all kind of health benefits. There is no peer reviewed research to support this. But the placebo effect can be quite active–particularly when it feels so “satisfying” to walk barefoot in the sand or grass, etc.

What actually does happen? There is no question that electrons flow away from negatively charged conducting bodies to positively charged bodies if an “electrical” connection is established. There will be a current (flow of charge) until the two bodies are at the same electrical potential or you could say the same voltage. The earth is an almost infinitely large “sink” of neutral electrical potential–so when an electrical device is “grounded,” no matter how much charge you pump into it, the earth will instantly absorb it making the portion of the instrument which is in contact with the ground will be neutral–i.e. the positive and negative charges will be equal in number in that device. There is nothing that will inherently cause electrons (negative charges) to flow from the earth into a persons body unless the body had become net positively charged which would be very unusual, very unlikely. If the body was slightly charged either way (positively or negatively) touching the ground with bare feet would cause a microsecond or less of a tiny current that would bring the body to a neutral electrical condition. The idea that electrons would continue to flow into the body is unsupportable. By the way, dry dirt is not a conductor so the person would need to touch the earth where there is moisture–but the reality is that the body would seldom have a net charge either way and if it were the neutralization would take place in an extremely short time. One could calculate the time basically by measuring how much voltage the body was carrying, and the resistance of the body-ground contact and the electrical capacitance of the body (the capacitance of the earth can be considered essentially infinite).

But some kind on continual flow into the body? No!

ENERGISM in all its forms – Earthing, Grounding

That man is an indivisible whole – physical, mental and spiritual, is common to virtually all religion. The development of the idea of an all-permeating, vital lifeforce characterized as “energy” which saturates and penetrates all things, none excluded, is dangerous in its subtlety. This energy may now be applied simply as “heat” or as complex as “God”, capable of permeating the physical, mental and spiritual. Whilst the scientific will limit its application to the physical and mental. the spiritualistic will have a field day applying it to every aspect of the human.

This is what we are faced with since the tree of knowledge of good and evil when the serpent seduced Eve with the lie that the lifeforce which she had from God, she will still possess even when she leaves God. That deceptive idea may be conceptualized as the “immortal soul” in all its theological complexity or as in minimalist simplicity as “balance, earthing or grounding “.

I grew up Taoist and our “life force energy” was inculcated domestically in so many ways. As Chinese, we eat everything! But the teaching in eating is that we are not just physically limited. We eat the brain of an animal to strengthen our brain, etc, etc. What is being taught is that we are beyond our physical self. Then, our lungs are linked to wood, our stomachs to fire, our life to the stars and energy runs in meridians that when you get your heel massaged, its good for your liver. When I was sick, my grandma will take a shirt of mine, go chant around the house to retrieve my lifeforce which when retrieved, she would put the shirt back on me. Simple domestic pantheistic inculcation.

That was domestic Taoism at work. Grounding and earthing energism is but another small piece of the masterpiece of deception.

“Now, what all those pan-isms ( pantheism, panentheism ) actually say is very much the same thing. It could be epitomized in one sentence once more: “It makes no virtual difference.” What makes no difference? “It makes no difference whether or not there is sin in your life.” Why does that make no difference? “Because with God and with the entire material world nothing makes any difference. For God is the world, and the world is God. The holy is profane and the profane is holy. It is all one huge mass. There is no distinction anywhere worth mentioning. To distinguish would immediately presuppose a personally conscious and order-arranging-arranging mind. But personalism is an anomaly and a bad dream. And order is fortuitous and self creative. Progress is an inevitable surging up of goodness and glory happening all by itself. So just as the holiness of the Sabbath has automatically ‘split over’ into all the other days, so God’s general holiness has ‘split over’ into the material world, making it all holy. Hence sin and profanity are non existent. Personal responsibility and personal guilt are evils of a diseased imagination. Such taboos have been luckily overcome in the blessed kingdom of pan-holy-ism.”! This is largely the message all varieties of the “all-god” theory endeavor to inculcate on our minds. Small wonder that it was Seventh-day Adventism that was destined to unmask the bastard daughters of spiritualism as they had never been unmasked before.”

To read more of Professor Carsten’s seminal work, view the pdf at http://www.carstenjohnsen.org/wp-content/uploads/2012/08/CJOmega.pdf

The next dispatch will be in 2-3 weeks and will be a Link to a video by Eric Wilson with the title of: 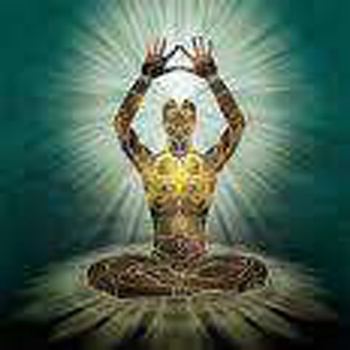 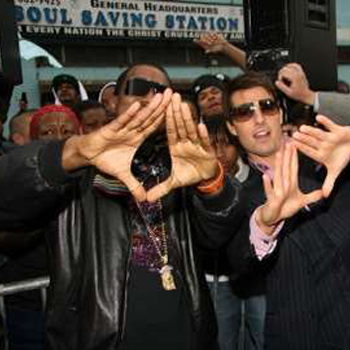 The “hand seal” is called the “sun seal.” This hand formation is used in yoga, kung-fu, and tai-chi in particular; and is said to “open” the third eye, and to enable extrasensory abilities such as: telepathy, telekinesis, clairvoyance, etc.

In reality however, using these techniques actually open the way to the spirit world, and channels demonic spirits to enter, influence and even control the body of the practitioner. There may be an apparent gift of psychic ability, but as always there is a high cost; the price of one’s soul and eternal Salvation. It opens the door- By practicing the worship and methods of the heathen, mankind severs the connection to our Creator (Jehovah, Yehuwah), and tears down the walls of protection which our Father in heaven has, in His infinite wisdom built around our hearts and minds.